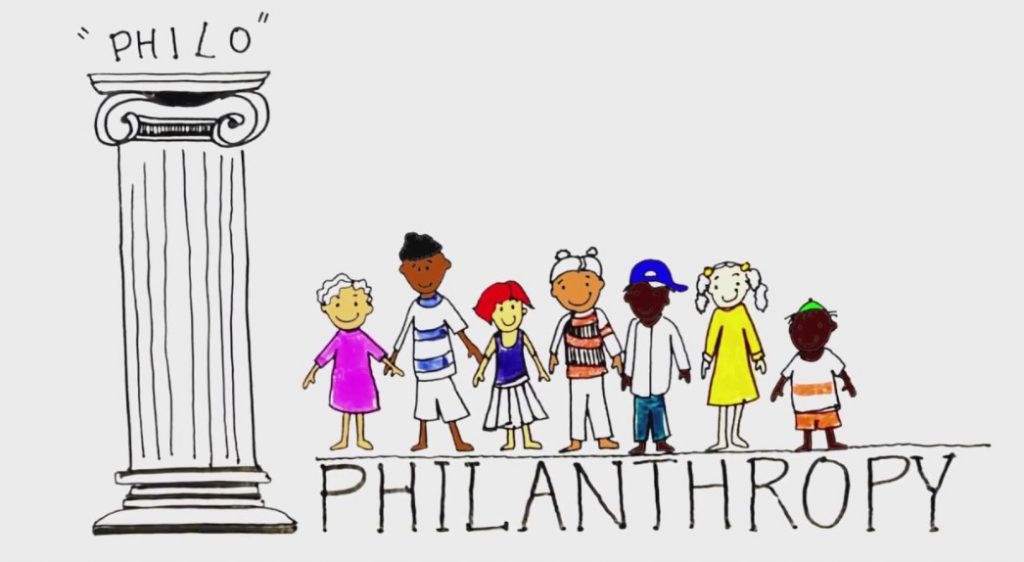 Philanthropy is something you often heard but sometimes used interchangeably with other similar terms such as charity or non-profit organization. They have similarities and differences. The similarity of them is contribution. Yes, they contribute in improving the quality of life in particular social. However, they work differently. Charity and non-profit organization give and or contribute. Meanwhile, philanthropy involves action in their work.

The purpose of philanthropy

People who take philanthropic effort are called philanthropists. They work with purpose to end social problems instead of giving temporary relief or lessen the suffering. Philanthropy itself can be understood as long-term strategic investment as well as intervention. Every act involves is dedicated to create a long-lasting and successful change. Philanthropy can be undertaken individually or organizationally. There are many philanthropist in the world who have contributed in improving the life of others through strategic investment and actions.

If it is seen from the purpose, the difference between philanthropy and charity is clear. Charity is immediate donation to lessen the suffering caused by problems happened in society. Meanwhile, philanthropy is a long-term dedication through actions, programs, or services in the long run. As the result, it create a solution instead of temporary relief because it works in order to solve the real social problems. Charity is also often driven by personal connection or emotional affection.  Meanwhile, philanthropy doesn’t always involve those factors.

The impact of philanthropy

Philanthropy is more than giving. It is doing, which means its impact is more long-lasting than a single charity. It works strategically to solve the real problems. For example, a charity aims to lessen a suffering of economic problems within certain society. Meanwhile, philanthropy works to end the problems in the long run using some programs or services. Both charity and philanthropy has great impact to the society. However, philanthropy aims for greater and longer impact. Another example is that, you donate some books. Meanwhile, philanthropists contribute in building a library so that it can raise awareness of literacy in larger communities.

However, it is also important to remember that you don’t have to wait until you are wealthy to help improving quality life. Yes, philanthropists do some big things to solve economic or social problems and contribute a lot to make long-lasting and successful changes. However, you can also contribute through things you can afford even if it is just simple thing. What really matters is the contribution because no matter how small it is, it is a progress.